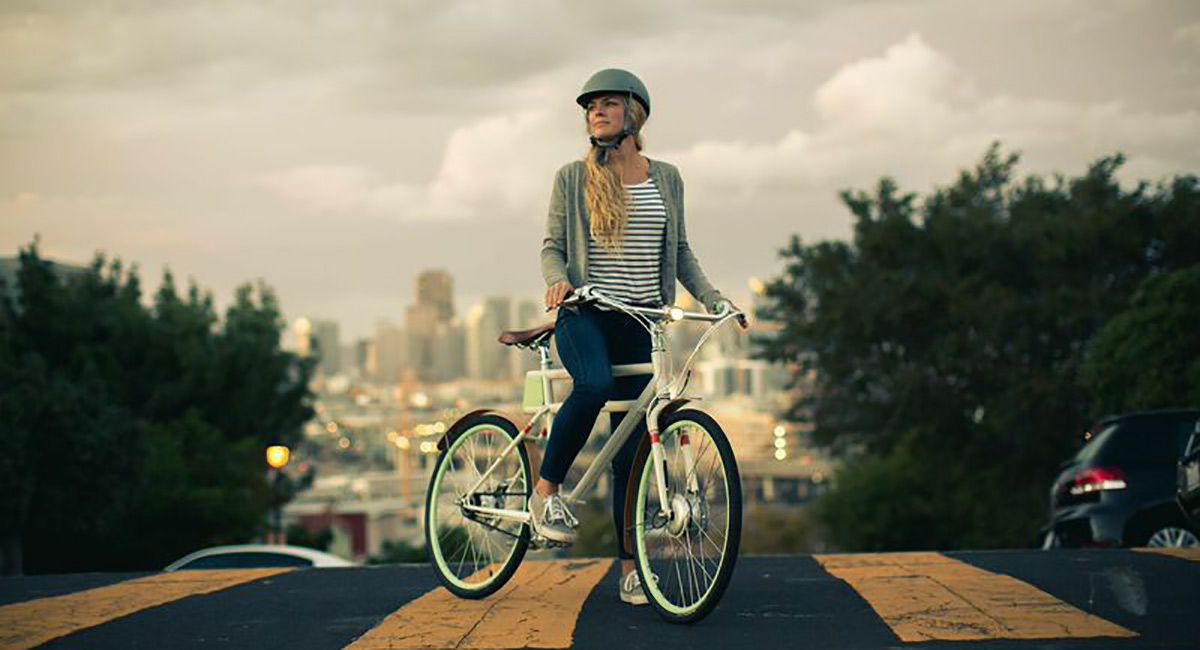 Faraday Bicycles: Behind the Brand

Where did the idea for Faraday Bicycles come from, and what's the story behind the name?

The idea for Faraday actually originated right in Portland, with a contest called the Oregon Manifest. We were asked to create "the ultimate modern utility" bike, and we realized that electric assist had huge potential to make bikes more useful as daily transportation. Back in 2011, e-bikes were almost nonexistent in the US- it's remarkable how far they've come. The brand (this gets pretty nerdy) is named after Michael Faraday. He's a brilliant physicist from the 1800's who, despite being self-taught, became a great scientist. It's a classic "underdog-wins-against-all-odds" story.

Your first model, the Faraday Porteur, launched on Kickstarter. What did you expect from the campaign, and were you surprised?

When we launched on Kickstarter, we were launching not just the Porteur, but the entire Faraday brand. Honestly, I had no idea what to expect. Kickstarter was about as new and unheard of as e-bikes at the time. They actually rejected our campaign at first, on the basis that "automobiles" weren't allowed, which seems hilarious in retrospect. But when we finally did launch, I was blown away by the passion and enthusiasm that our early backers brought. We were delayed almost 2 years shipping the first bikes, and 100% of them stuck with us. It taught us an enormous amount about building community and taking care of our customers.

Not many people know that Paul Sadoff of Rock Lobster Cycles is a key member of the design process. How did that partnership come about?

We love Paul! He's a master framebuilder and had an important role in helping get Faraday off the ground. Back during the design contest that launched Faraday, we contacted Paul and asked him to help design and build the frame of our first bike. He was all in- until he found out we were building an ebike. I think it initially offended his purist sensibilities, but a lot of bottles of wine got him over the fence. The fact that Paul was involved really influenced the DNA of our bikes, and is a big part of why they handle so well. We've stayed close with Paul ever since. In fact, we recently had the whole Faraday team take a visit to Santa Cruz to meet him and see his workshop.

What makes Faraday different from all the other e-bike brands out there?

From a technical perspective, our bikes are very unique because we engineer almost 100% of the electronics in-house, from scratch. I joke that we're doing it the hard way, because it really is a lot more complex than just using an off-the-shelf powertrain. The benefit is that we have complete control over the design, the user experience, and the feel for how the bike rides. This lets us do things that are really unique to Faraday- building lightweight bikes that are beautiful, easy and intuitive to use, and super smooth to ride. Our bikes are light, punchy, nimble, and just a ton of fun.

Wireless shifting is all the rage right now- are there any plans for Faraday bikes to move in that direction?

Not a chance! We're pretty unique from most bike brands, in that we really don't get too hung up on "the latest and greatest" unless we really are convinced it makes a meaningful difference for our riders. One of the things that's unique about our approach is that we steer clear of "tech for tech's sake," which makes our bikes very simple to use. I can put my 65-year-old mom who knows nothing about bikes on a Faraday, and she loves it. But at the same time, we have a lot of real bike geeks who ride Faraday too, because they appreciate the quality and execution. It's pretty special being able to straddle those two worlds.

Bicycle components and engineering are evolving rapidly. What can we expect to see from Faraday?

We're not ones to jump on trends. I'm more likely to get excited about a really comfortable new saddle than I am about the fanciest new motor from so-and-so. But, that said, we have some cool stuff in the pipeline for both new bikes and new accessories. A lot of what we're working on right now are products that will make our existing bikes even better- things like an auxiliary battery, a GPS tracking device, and a mobile app. But we're not just working on product, either. Things like our financing program are really exciting because they make it much easier for people to own a great e-bike and to have it be a monthly expense like any other transportation cost.

Want to save on all your Western Bikeworks purchases? Sign up here for exclusive discount offers. 78